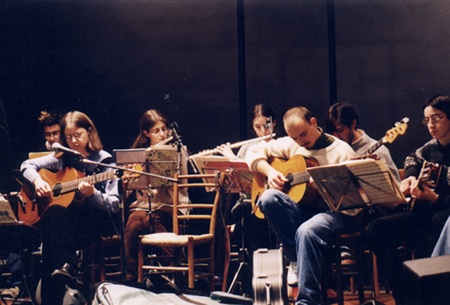 The group has been formed by Stefano Giannotti in 1994, resulting from a didactic experience developed inside the Italian music school “Civica Scuola di Musica” in Capannori (Lucca). Between 1994 and 2000, the repertoire of the group, formed entirely by the students of the composer (15 to 25 people), ranged from arrangements of pop and folk music, to more elaborated excursions into jazz and contemporary music. VAGA ORCHESTRA has played in Italy and Germany. In 1996 it has partecipated in the production of LEZIONI DI MUSICA, a radio-piece by Stefano Giannotti for SFB. In 1997 the group has produced and played in the composer’s piece LA CITTA’ SONORA (MØRE MüSIC 010), together with the Ensemble IL TEATRO DEL FARO and the orchestra SAXOPHONIA (Another group of students from the “Civica Scuola di Musica”, conducted by Giancarlo Rizzardi).
In 2004 VAGA ORCHESTRA has started again its activity after a 4 years pause, gathering former members and new musicians, partly professionals partly amateurs. The new repertoire includes arrangements of musics by Third Ear band, Popol Vuh, Penguin cafè orchestra, Faust and Stefano Giannotti.These are some of the musicians who have taken part in VAGA ORCHESTRA between 1994 and 2000: 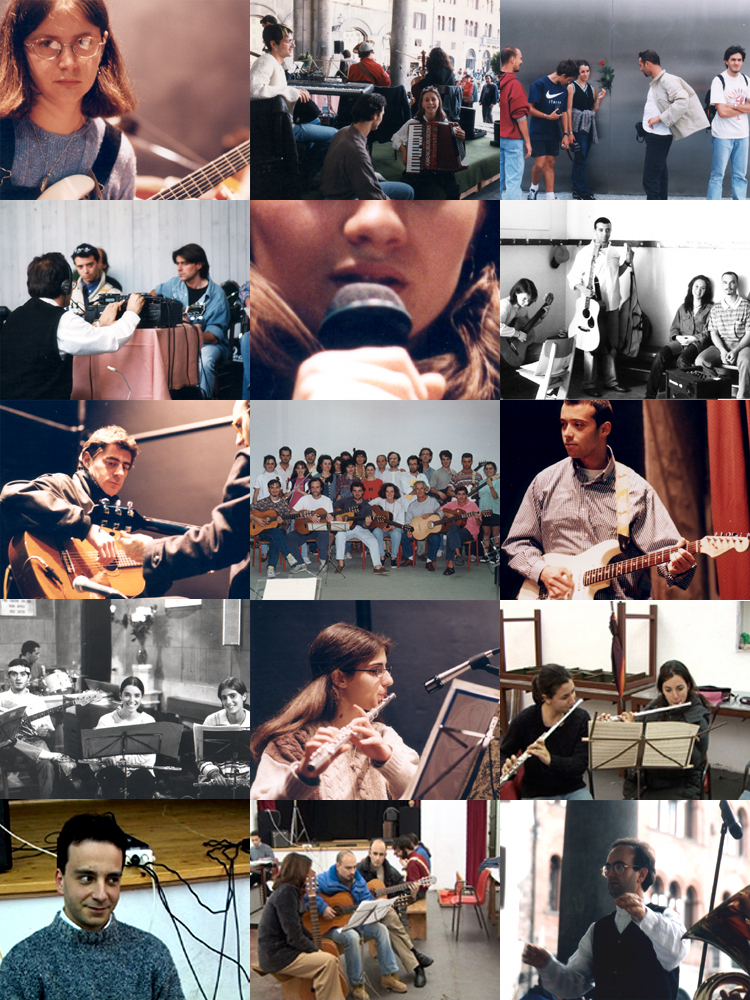