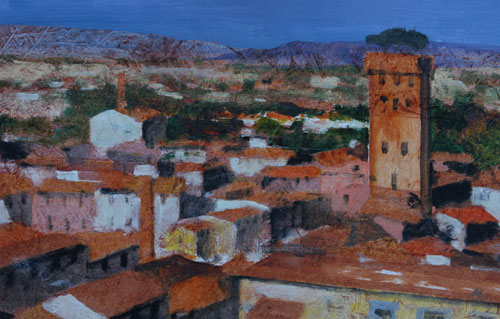 Music for a sound installation on the paintings by
Salvatore Magazzini

Approaching sonically the paintings of Salvatore Magazzini it was not an easy task; the first questions I asked myself were; how to transfer the idea of ​​figurative painting to the sound? How to turn sounds into strokes, starting from direct representations of the city? From these simple questions it sprang the idea to record some sound situations of Lucca, presenting them as they are, and then process them with electronics, in order to transform the photographic sound image into sound paintings.

Here are the bells of St. Michael, the steps of the people in Via San Paolino, the choirs of the Holy Cross, an old workers’ demonstration in the streets, the voices, the sounds, the bakery, the band and flag-wavers; all these sounds become colors to combine and compose in new images, now anthropological, now epic, now futuristic, ethnographic, but also avant-garde.
SOUND PAINTING, strongly inspired by the colors of the beautiful paintings of warehouses, rather than as a soundtrack to a traditional exhibition, ranks as a work parallel, overlapping paintings of the painter from Pistoia, touches the painting without too much interference. 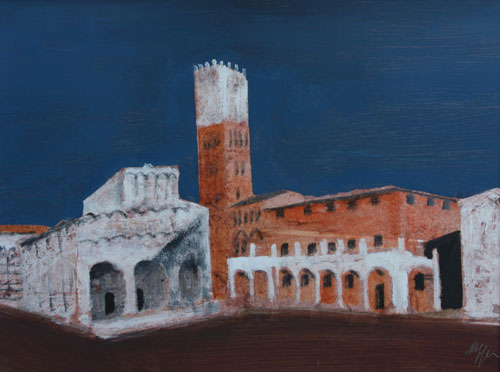