A sound journey between old age and childhood through the itinerary of a drop of water becoming ocean. A soundscape with the voice of the composer ‘s grandmother, voices of children from different parts of Europe, natural sounds. During the years the piece has been performed in several versions: as a solo performance, as consort music, as a piece for orchestra and tapes, as a radio piece, as an installation. A projection of slides or video and a live water falling installation can be included. 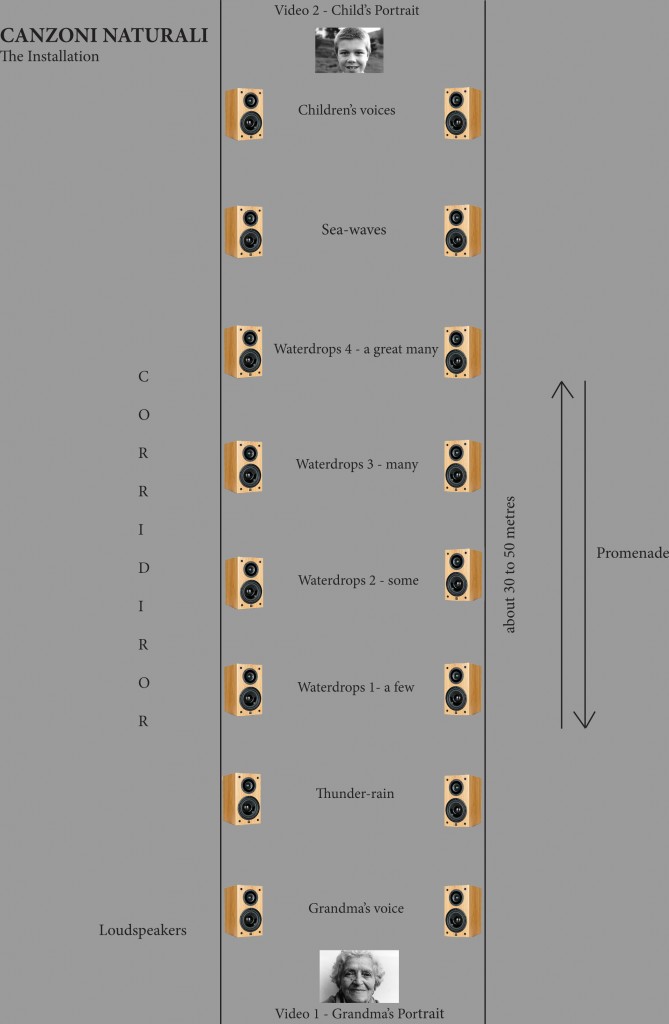