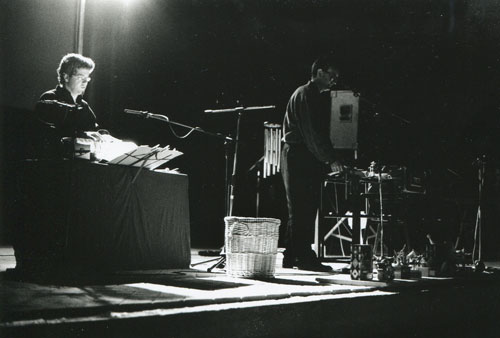 Piece for glassharmonica and tape, composed for Thomas Bloch. A little Waltz, shy and shaky, gets drunk and changes into “contemporary music”, among sounds of bottles, wine pourred into glasses, pidgeons and chickens in a poultry-yard. In April 2000, The piece has won the International Composition Prize “Thomas Bloch” in Philadelphia (U.S.A.) and the “Prix special de l’Humor”. A second version of the piece (for harmonium and tape) has been produced by Stefano Giannotti. A third version (for percussion and tape) has been arranged and performed by Jonathan Faralli.