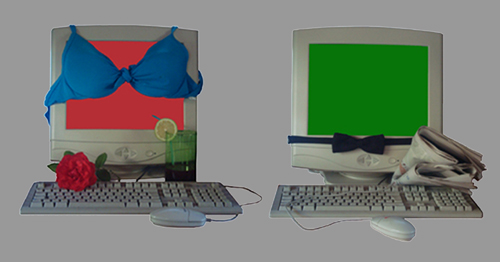 DIALOGHI is a series of speeches and acoustic talkings between elements, people, material and other. A sort of modular sound-metaphors monument organized like a clock, a perfect mechanism made of several 1 minute pieces (dialogues).
These series of pieces are sorts of surrealistic and abstract dialogues between noise, music instruments, different concepts and meanings; going deeply into this process we could say that what’s happening is a metaphysical discussion about nothing and everything, a conversation between acoustic images. Some of these images combine into a sort of evolutive process, showing a moral of the story; other constructions develop in a more hermetic direction, appearing thus as pure actions. In this way the Dialogue between White and Pink becomes a simple game between two sound-waves (white noise and pink noise), while the Dialogue between Artist and the Society shows a cock singing in a poultry-yard with its audience making ovations (all chickens and successively, all animals of the farm and then of the world): Ulysses (a bass tuba launching invocations) meets the sirens (police and ambulance) while some pigeons on the wing discuss with a broken microphone. The 118 elements introduce themselves, then combine and react giving birth to Chemistry; on the other side two, three, four melodic lines create classic counterpoints, fugue and double choir. The West dialogues with The Far West…

The whole series of dialogues alternates and combine bass tuba and percussion with natural and electronic sounds sampled instruments, assorted noise and voices; the final result is a sort of large hybrid orchestra trying to include in an utopian way all sounds of the world. 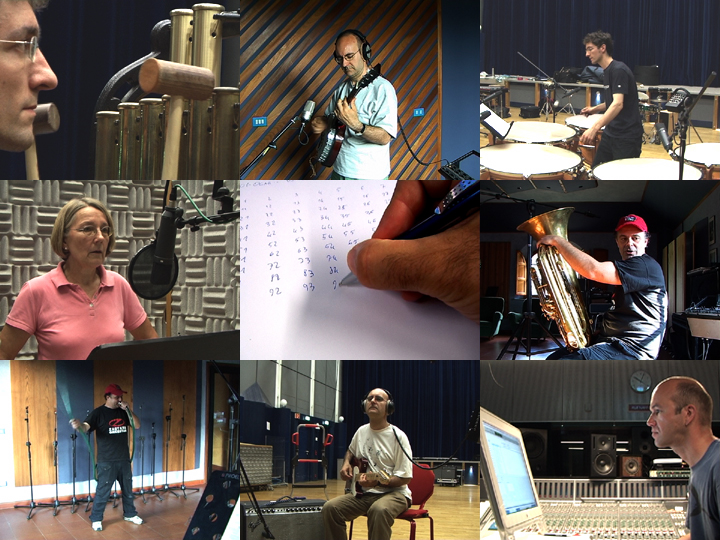 Listen
01 – Dialogue between a male computer and a female computer
02 – A writer speaks with his paper
03 – Dialogue between shadows and lights
04 – A broken microphone chats with some pigeons on the wing
05 – A conversation between waking an sleeping
06 – Waking and sleeping  converse in reverse
07 – The male computer and the female computer go on talking in a distorted way
08 – The writer fights with his paper (dedicated to Alan Cherchessov)
09 – A doctor has a discussion with his sick patient
10 – An interesting argument between white and pink
11 – Ulysses meets the sirens
12 – Inner dialogue
13 – The shepherd gives a lesson to his flock
14 – Dia-monologue (without interferences)
15 – Counterpoint for two voices (with a few interferences)
16 – Counterpoint for three voices (with some interferences)
17 – Fugue for four voices (with many interferences)
18 – Conversation between interferences
19 – Dialogue between artist and society
20 – Dialogue between two generations
21 – A square spits in the eye of a triangle
22 – Ulysses meets Penelopes
23 – Conversation amongst frequencies
24 – Conversation among waves
25 – Conversation among the 118 elements
26 – The 118 elements combine: the birth of chemistry
27 – A wet glass moves in a digital landscape (dedicated to Roberto Castello)
28 – Clouds observe the directions of winds
29 – Meditation between two Angels
(the male computer’s and female computer’s guardians)
30 – Chat between two lonely hearts
31 – The writer provokes opinion
32 – Discussion between white globules and red globules
33 – The doctor tries to cure the artist by using the broken microphone
34 – Duel between winged creatures
35 – The shepherd celebrates the marriage between waking and sleeping
36 – Dialogue between consciousness and its ghosts
37 – Choir of ghosts
38 – Jam-session (or an interesting jam session between a cow-boy, his heart, calves and goats, a parrot, a monkey and a sea-lion)
39 – Dialogue between the West and the Far West (dedicated to Simon Jeffes)
40 – Skyscrapers dream together
41 – Old pots oscillate together
42 – The wet glass holds a heroic speech
43 – Battle among glass, leather and brass
44 – Choir of sick patients
45 – Dialogue between the East and the Middle East
46 – A siren evokes the spirit of her ancestor
47 – The triangle and the square create the Double Entente
48 – Old pots grow-up (dedicated to Maurice Ravel)
49 – The male computer and the female computer react
50 – The death of chemistry

Composed and produced by Stefano Giannotti between July 2006 and June 2008
© Copyrights by SWR, All Rights Reserved 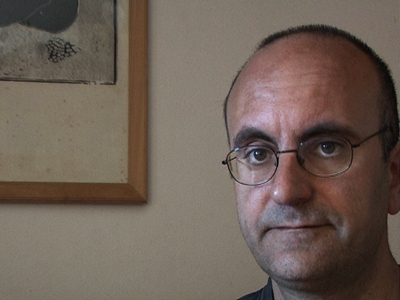