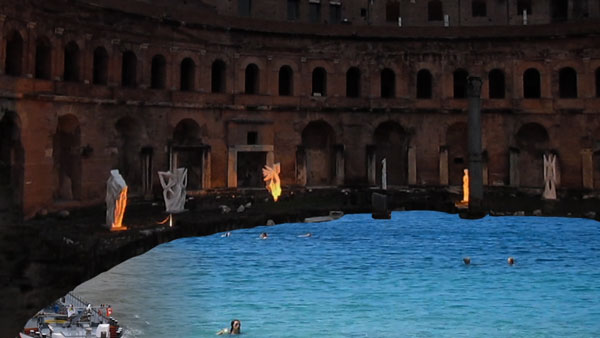 CELESTIAL LAGOON
Impossible cities, eccentric architecture, made up of pieces from other cities, seemingly taken at random…ships, trains, cars, bicycles, pedestrians moving on the streets, squares and streams…A blue sea busy with swimmers. A song that is both sweet and restless, sung by a young girl’s voice, a text that speaks of colors, of their parameters and their meanings…
CELESTIAL LAGOON, the new video by Stefano Giannotti, with music by Stefano Giannotti and Salvo Lazzara, from the CD LA VOSTRA ANSIA DI ORIZZONTE (Maracash Records 2017)