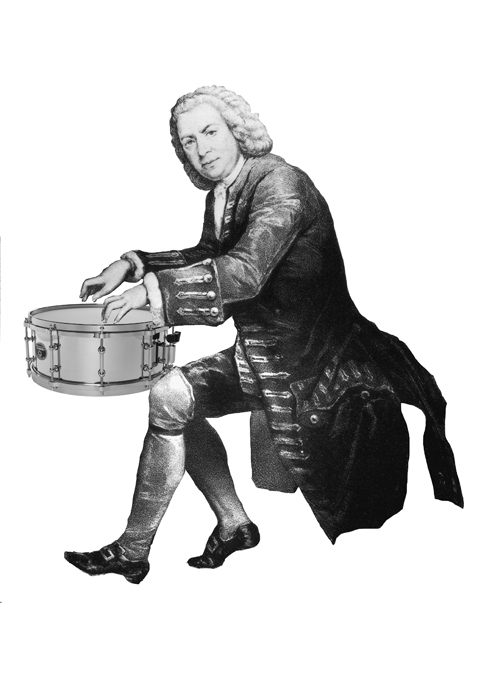 Observing very famous classic musical themes, the so-called evergreens, I’m wondering what makes them so special. Is it a matter of melodiousness? Probably yes. Of orchestral arrangement? Probably not (since at that time the orchestration had standard parameters). But what would happen if we create melodies employing the same notes of Mozart’s Rondo a la Turk, then changing its rhytmical sense completely, i.e. giving different accents which scramble the natural development of the melody itself? Very probably we would obtain something not so impressive, unworthy of making history.
On the contrary, an experiment done with several different listeners confirms that some themes are immediately recognizable because of their rhythm.

THE COMPOSERS’ SESSIONS, produced for the Deutschlandradio’s Wurfsendung format, are a series of very short pieces, which focus mainly on rhythms taken out from very famous classic melodies.

Themes by Mozart, Bach, Beethoven, and many other distinguished colleagues (of theirs) are played on an enlarged jazz drum-set, simply focusing on their rhytmical structures.
A parallel conceptual level, made of natural sounds, dialogues with the drummer, sometimes in a descriptive way (like in Antonio Vivaldi’s Spring or in George Bizet’s Carmen); in other cases natural sounds assume the role of pure rhythmical elements (Johann Strauss’ Blue Danube, Anonymous’ Greensleeves) or they create abstract and surrealistic associations of meanings.
Nevertheless, every single piece can be interpreted as a sort of pure simple sound-action in search of a primitive sense(less?) contest made of basic archetypical geometrical forms like point, line, square, circle, and so on.

Every single piece is introduced by a different voice of a different age (male, female, child) which reinforces the idea of universality which lies behind every single musical theme.

There are other versions of THE COMPOSERS’ SESSIONS. One of these has been arranged for the students of Music reading at the Scuola di Musica Sinfonia in Lucca.