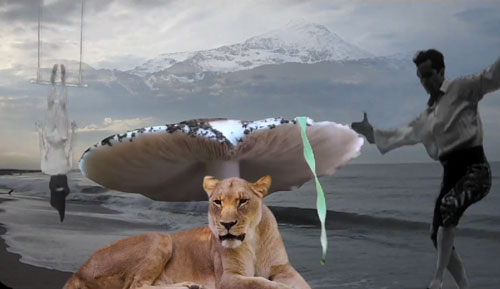 A tale that is dreamlike and a bit off key, almost a video clip for the song ORPHEUS AND MOIRA written by Stefano Giannotti for OTEME and found on the CD THE BODY IN THE DREAM, this work is based on the visual interactions among characters taken from old films of the circus, and overlapped on landscapes in movement. Halfway between video art and choreography, this work uses animations based on hundreds of frames that were trimmed by hand using Photoshop and digital photography.

Images of the circus taken from:

The image of the lioness was licensed by  Shutterstock.com