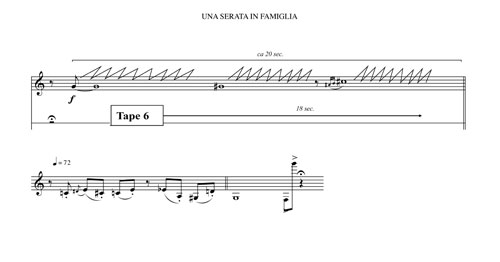 The piece, composed for Guido Arbonelli, develops on the dialogue between a “cantabile” played by the clarinet, and the chaos heard from a television switched on, where serial killers fight against policemen with no mercy. Punch-ups, crashing cars and underworld slang… At the end the clarinet-player changes himself into a serial killer.